I just wanted to officially reveal my July “Under the Seas” themed Phat Fiber Sampler stitch markers for everyone! My inspiration photo was this large and in charge octopus:

And from that photo I was inspired to design these stitch markers, which I have named Octopus’s Garden, in honor of the Beatles song of the same name. 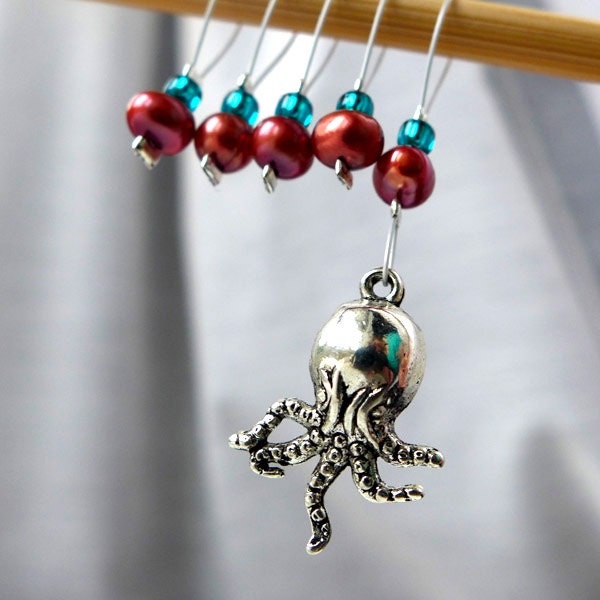 Don’t forget, if you purchase anything in my store from July 15 – August 17 you are eligible for the Phat Fiber Superbox Giveaway! To win this month’s Phat Incentive, which includes the contents of the June Video (aka The Superbox) AND A $150 Gift Certificate to one of the participating shops, you need to join the Phat Fiber group and the post what you’ve purchased in the Incentive thread.

Sign up now to be entered into the giveaway!